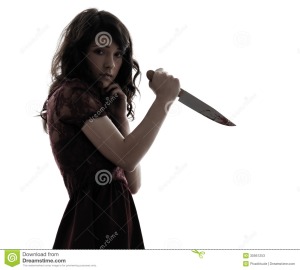 The last rays of sunlight had disappeared along the horizon. Dusk always set in early in these parts. The wealthy neighborhood in Opebi, Ikeja. Horns from impatient car drivers filled the air as darkness descended fast upon Lagos like some predestined apocalypse. Ruth pulled her hair over her right ear and turned away from the hullabaloo that was the main route in and out of Opebi. The street a mere meters away was quickly lit by orange tinted streetlights in the advent of the sun-less sky. Residents claimed the streetlights weren’t enough protection but they hadn’t suffered a robbery in seven years and they were fairly calm as regards their security. Perhaps the streetlights did work. Ruth strode into her apartment and collapsed on a one-seater. The leathery couch rubbed against her back and she relished the rubbery feeling on her skin.

She sat there, lost in the ecstasy a mere ten minutes when the lock in the door snapped.

Her heart jerked as the door handle turned. Knowing her lock, she knew it required one more turn of the key and opening the bolt on the inside before the door opened and raced for the kitchen as the door refused to bulge. Her footsteps were loud and it seemed to have alerted the intruder as the door shook vehemently. A loud bang ensued and Ruth knew it was a break-in. She dived in behind a cabinet in the kitchen, snatched the butcher’s knife she had dropped there and scampered towards her bedroom. The bangs on the door increased as she ran past the door again and in that brief moment, she mouthed a prayer. To a God she hadn’t conversed with in ages but it didn’t matter now. Now would be a perfect time for Him to display that unending love he so professed she thought as she entered her room and locked the door behind her.
Moments passed and she heard a loud crash as the front door came down. Her mouth threatened to let out a sob but she clasped her hand over it. Her mind rummaged among other things why she was the recipient of a robbery. Armed robbery most likely. She considered the idea of it being an assassination but quickly discarded it. She was worth nothing, no one in his right senses would pay to kill her. So robbery it is. Why her? Why not the Kamsons or the Olajides; her neighbors. They both had flat screen TVs and state of the art furniture. Why pick the only budget-crazy seamstress on the street? Except it wasn’t a robbery. What was it? Why was she the target? Her mind raced back and forth without any real breakthrough. A crashing sound from the living room brought her back to earth and she focused on her current plight.
Armed with the butcher knife, she poised right beside the door ready to swing it at anyone that came through that door. Bright light flashed in through the blinds from her neighbor’s security light and she cussed as it obscured her vision.
She cussed because she wanted to.
She cussed because her neighbors would sleep soundly tonight and she would either be robbed or worse; dead.
All cos of the mad man in her house.
She could hear him in the living room. Her floor tiles reacted brashly to heels and his were pretty loud for her to decipher amidst the voices in her head and her now thundering heartbeats. The footsteps drew closer and stopped right outside the door of her bedroom. She felt his hand wrap round the door knob and anticipated his entry. Terror flared in her mind but she remained quiet amidst her fear.
The first jab at the door came sooner than she expected and she let out a gasp. At that moment, she regretted it as she had given away her location and the intruder duly pummeled the door as the wooden frame threatened to come down. She stepped away from the door gently, her weapon in hand and braced herself.
One. Two. Three… She counted to steady her breathing.
You got this Oriame. She recounted to herself. Only referring to herself in her native name when she was agitated.
Seven. Eight. Ni… Crash!
The door came down and a masked man headed straight for her. He was fast… very fast, but not fast enough. He shrieked in pain as blood splattered across the pale white walls of the bedroom. The intruder held a hand to his face as he went down on both knees, his black gloves drenched with his own blood. Ruth garnered herself further and stood over him.
“Next time, you rob some rich bastards and not the poor bitch that lives next door.” She held up the butcher’s knife with both hands and brought it down with all the strength she could muster. At the third slash, his head came off his neck and rolled to the corner of the room. She heaved a sigh of relief and collapsed into an ottoman beside the queen bed.
* * *
The buzzing sound of a mosquito in her left ear jerked her back to reality and she winced in pain. Her head was banging like it had been hit with something heavy. Something hard.
She tried to make sense of the last few hours and closed her eyes to shut out the headache. It all came back to her in a rush. The masked man. The failed robbery or assassination. The butcher’s knife. The blood. His decapitated head.
The memories engulfed her and she gasped for air.  She tried to get up but before her back cleared the chair, her body was dragged back. Chains trudged back to the ground where they had been lying and the reality of her predicament dawned on her. This wasn’t her bedroom. She opened her eyes and surveyed her surroundings. She was bound hands and feet to a wooden chair with large chains in a dark room…
Mike Dammy
@damstylee

Stale? Not to worry, we’ve got you covered.

Error: Twitter did not respond. Please wait a few minutes and refresh this page.

This work is licensed under a Creative Commons Attribution-NonCommercial-NoDerivs 3.0 United States License.